Being a member of the #KPCrew means you have people.

Whether it’s a book publicist securing interviews and review coverage, a marketer consulting on your social media strategy, or an experienced publishing pro to liaise with your publisher,

We Have Your Back.

We are involved at every step of the promotion process, from establishing your online platforms to celebrating with you on launch day.

We tailor each campaign to meet the needs of the book and the author, but every campaign is informed by our core values:

Consistency
Every author receives the same level of service, regardless of which team members are working on their campaign.

Creativity
We refuse to settle for the status quo or the way things have always been done. We are always developing new ways to connect our authors with their target audiences.

Community
It takes a village to launch a book, which is why we are committed to nurturing relationships and being good literary citizens. 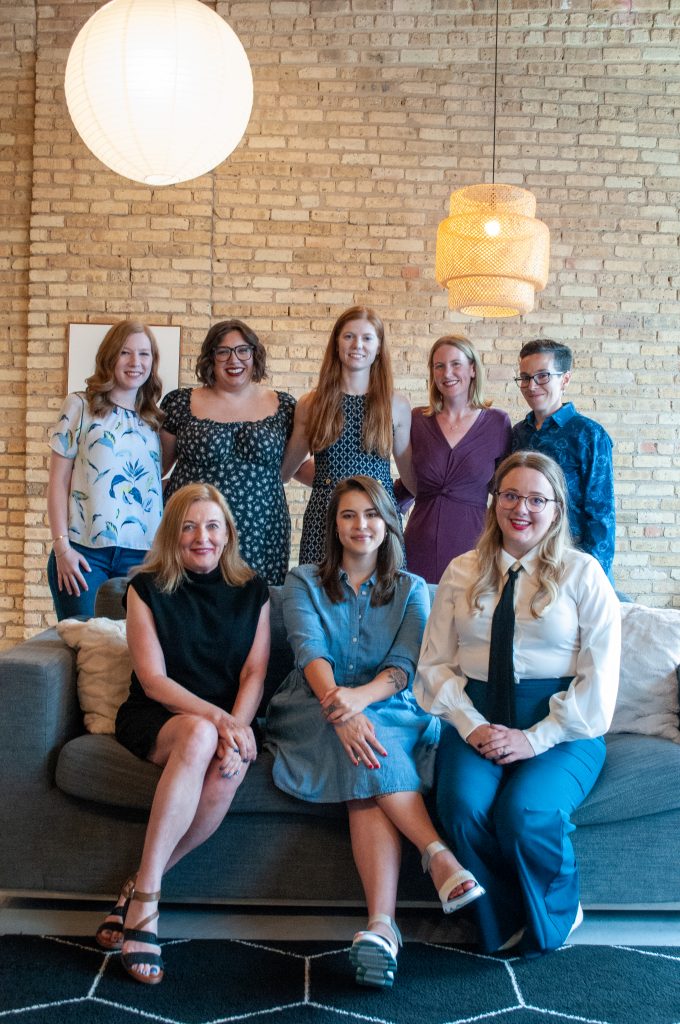 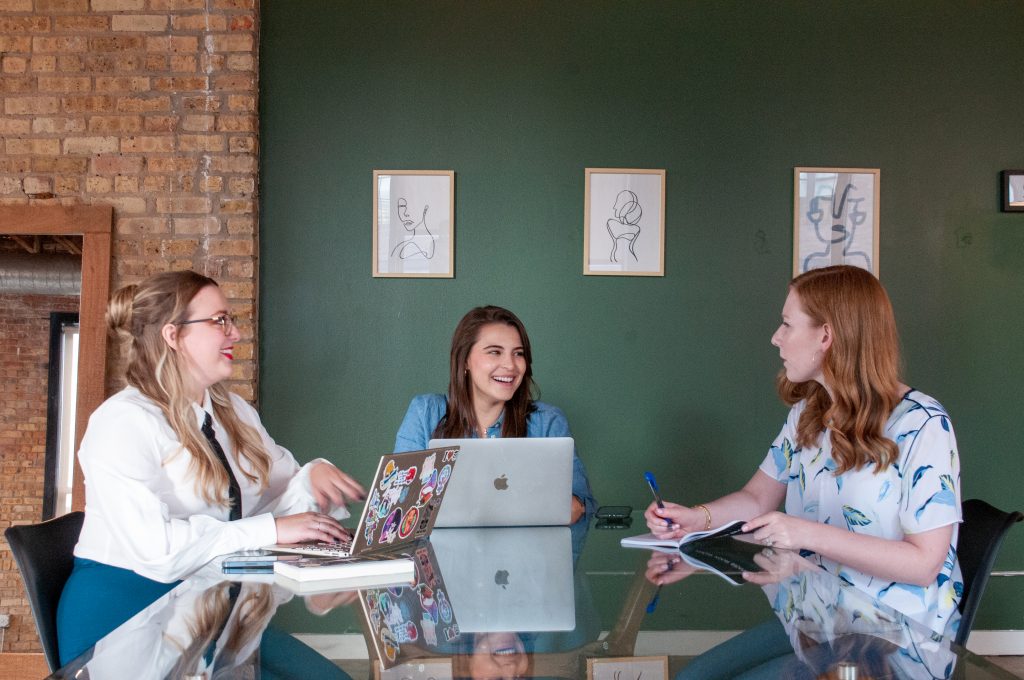 Kaye Publicity was established in 2009 and has been a fully remote organization since 2017, allowing our team members to work from anywhere and cover a wide range of demographic areas. We are proudly headquartered in Chicago and our team members also sit in New York, Indianapolis, Northern Michigan, Washington State, Denver, and Maryland.

Dana Kaye earned her B.A. in Fiction Writing from Columbia College Chicago. After college, she worked as a freelance writer and book critic. This experience provided necessary industry insight and, combined with her early adoption of social media, paved the way to launch Kaye Publicity. Known for her innovative ideas and knowledge of current trends, she’s a frequently sought out speaker and media source. She was profiled in Crain’s Chicago Business for her success in launching a business during a recession, was a Publishers Weekly Star Watch honoree, and has been interviewed by dozens of media outlets on the topics of book publicity, online marketing, and the future of publishing. Dana is also the co-founder of the Midwest Mystery Conference (formerly Murder and Mayhem in Chicago) and the author of Your Book, Your Brand: The Step-By-Step Guide to Launching Your Book and Boosting Your Sales.

Kaitlyn spent more than a decade as an in-house publicist at Penguin Random House, HarperCollins, and Sourcebooks. Specializing in commercial fiction, she has worked with a wide range of both fiction and nonfiction authors throughout her career and led numerous New York Times bestselling campaigns including Orphan Train, The Woman in the Window, All the Gallant Men, Sold on a Monday, The Book Woman of Troublesome Creek and The Only Woman in the Room. She's maintained strong relationships with key media outlets and has landed national placements for clients on CBS This Morning, NBC's Today, Parade Magazine, People Magazine, Washington Post, NPR and many more.
A Quinnipiac University graduate with a dual degree in English & Public Relations, she currently resides in Chicago's Uptown neighborhood and in her spare time can be found reading, biking or walking her senior rescue dog, Sloane, along the lake.

Julia Borcherts earned her M.F.A in Creative Writing and her M.A. in the Teaching of Writing from Columbia College Chicago. Before joining Kaye Publicity, she was a daily columnist for two Chicago Tribune publications and a frequent contributor to Time Out Chicago, Windy City Times and many other media outlets. She is an adjunct professor in the Department of Creative Writing at Columbia College Chicago and in the Masters in Written Communications program at National Louis University and regularly speaks at conferences and workshops on the topics of publicity, social media and author branding. These experiences have earned her a reputation as a well-known and respected resource for connecting and advising authors, media professionals and others in the publishing community.

Katelynn Dreyer earned her B.A. in Communications and a minor in Writing from Hope College in Holland, Michigan. Before joining Kaye Publicity, she worked for just over three years as a Publicist at a firm that focused on faith-based books, authors, and organizations. She also spent some time working in social media and managing the office for a home renovation company before making the decision to transition back into the world of PR. On the weekends, Katelynn can be found reading, running, hiking, or playing with her dog, Finn, near their home in West Michigan.

Hailey Dezort earned her B.A. in English and a minor in Anthropology from Loyola University of Chicago. Prior to being a Marketing Manager at Kaye Publicity, she was a digital content creator for two interior design companies: Norcross & Scott and Massimo Interiors. She also created social media strategies for Chicago Humanities Festival's Spring Fest in 2018. More recently, she was named one of Newcity's, Lit50 and has been highlighted in the Chicago Tribune for her book Instagram. When she's not creating social media strategies and marketing campaigns for authors and retailers, she can be found running a comic book Youtube channel and Instagram.

Jordan Brown earned her a B.A. in Creative Writing from Indiana University. Before joining Kaye Publicity, she was a client technical service manager for Emarsys, A SAP company, and has strong roots in customer service. When not working or reading, she performs with the Circle City Chamber Choir in Indianapolis, Indiana, where she lives with her husband, Josh, and their dogs: Edgar, and Norman.

Eleanor Imbody began her publishing career as the assistant to the president at Browne & Miller Literary Associates and as a reviewer for Booklist. Originally from Southern California, she now lives in the Chicago suburbs with her husband and their two cats, Walt Whiskerman and Edgar Allan Paw.

Get news from the #KPCrew

Every month we send out a value-packed email with industry news, client victories, upcoming conferences and events, and always—free books. Get on our list here →

You can find out more about which cookies we are using or switch them off in settings.

This website uses cookies so that we can provide you with the best user experience possible. Cookie information is stored in your browser and performs functions such as recognising you when you return to our website and helping our team to understand which sections of the website you find most interesting and useful.

Strictly Necessary Cookie should be enabled at all times so that we can save your preferences for cookie settings.

If you disable this cookie, we will not be able to save your preferences. This means that every time you visit this website you will need to enable or disable cookies again.